The Importance Of English: Although the English language doesn’t have the largest number of native speakers in the world, it has the widest reach of any language spoken today. Both native and second-language speakers of English are found on every continent, and English has become the lingua franca in many fields, including business, politics, science, technology, and entertainment, to name a few. English is the working language of many international organizations, like NATO and the European Union, and it’s the language of global advertising. It is also the most-used language of the internet, accounting for more than half of all websites. For many people, learning English is a way to get access to a broader range of information, connections, and opportunities. The importance of English is clear.

History Of English As A Global Language

It was the British who first spread English around the globe through imperialism from the 1600s to the 1900s.  As other countries were colonized by the British, English became established as the language of education and government. In many cases, English served as a useful common language among populations with different native tongues. This factor contributed to the survival of English in many places long after the British were gone.

Since the 20th century, the United States has had a stronger influence on the globalization of English. America is not only a major economic power but also the source of a great deal of pop culture and entertainment in movies, television, and on the internet. Consequently, knowing English gives non-native speakers access to a huge amount of content as well as a wealth of opportunities in the international marketplace.

The following are a few of the most common reasons why people around the globe learn English.

1. People who speak English have more job opportunities. Businesses need employees who can communicate fluently with English-speaking partners and clients. In addition, entrepreneurs can access a far wider range of customers online by using English. In the U.S. or other English-speaking countries, people who can’t speak English are at a real economic disadvantage.

2. Since English is the language of science and technology,  English speakers have more opportunities to work with others in these fields and to share ideas and innovations.

3. When their children are learning English in school, parents who speak English are in a better position to help and even communicate with their children. In families who are living in an English-speaking country, the children often grow up speaking better English than their parents’ language.

4. Being able to speak English makes it easier to travel. Because English is spoken as a first or second language in so many different countries, it is always easy to find English speakers as well as printed information in English, especially at hotels and in areas frequented by tourists.

5. The English language gives students access to information and research. Since many of the top academic journals are published in English, students and academics need strong English reading and writing skills. Moreover, for a research study or other publication to get sufficient attention, it should be published in English.

The Future Of English As A Global Language

The number of English speakers around the world has been on the rise for many years, with the current number approaching 2 billion, according to some estimates. The fact that so many people now use English as either a first or second language indicates that English is likely to remain a globally dominant language for many years to come. This is the importance of English.

LISTEN TO THE AUDIO:

Try out the full VIP program for 10 days and get access to all membership features:

My best students learn by seeing and listening. In these exclusive video lessons made just for VIP Members, I’ll teach you how to speak English confidently.

This is my most powerful method, where I use a special story technique to help you practice both listening and speaking.

This is the best way I know to learn to THINK English grammar. You do NOT have to study any boring grammar rules.

You also get a text version of each month’s lessons, so you can read along to fully understand all of the video and audio.

Join today and you also get access to my exclusive VIP-Only Social Network (It’s like Facebook, but it’s only for our VIP Members). You’ll meet other motivated members who will help you learn, while you help them. This support and encouragement is very important.

Join the program today and you get an additional discount of $30/month.
After the 10 day period you can choose not to cancel your $1 membership and continue learning english for $37/month thereafter (normal fee $67/month). 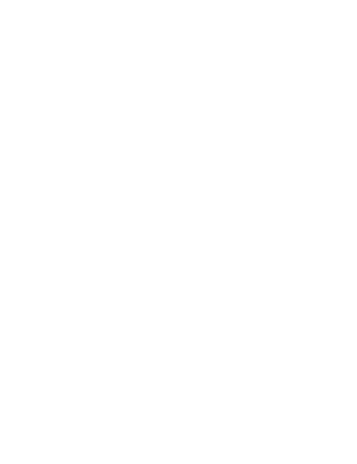 The perfect complement for the Power Course, because it will teach you how to learn English faster.

CHOOSE A TOPIC OF INTEREST

Here’s why you should study English with AJ Hoge

Learn by listening not by studying grammar rules.

If your English doesn't improve you'll be refunded the full sum.

Tested by more than 100 000 students across the globe.

DO YOU MAKE THESE 7 MISTAKES IN ENGLISH?
LEARN THE “7 RULES FOR EXCELLENT ENGLISH” AND START SPEAKING POWERFUL ENGLISH TODAY, FOR FREE!

Get your 7 FREE lessons now